Fjordman was kind enough to offer this link to shed some light on the district that Muslims are demanding full control of. It is actually right downtown Oslo. 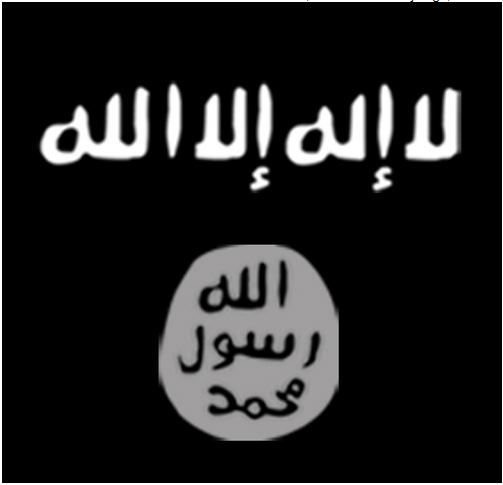 AL-QAIDA LOGO: The letter from a group calling itself ‘Ansar al-Sunna’, islam’s followers, displays a logo like the one used by al-Qaida in Iraq.

A radical group of norwegian moslems warns about a new 22 July [Breivik attacks] or 11 september on norwegian ground.

This emanates from a letter sent to norwegian politicians. The letter has also been sent to several norwegian editorial offices.

‘We have started to investigate this letter’, says PST communication counsellor Siv Alsén towards VG Nett [this paper].

‘If norwegian soldiers can take planes to Afghanistan, then Osama and Mohammed can also take planes to Norway, inshaAllah. Now, the government must wake up and assume responsibility, before this war spreads to Norway. Before the counterpart reacts. Before moslems take the step necessary. Do not confuse the moslems’ silence with weakness. Do not profit from the moslems’ patience. Do not force us to do something that can be avoided. This is not a threat, only the words of truth. The words of justice. A warning that the consequences can be fatal. A warning about a 9/11 on norwegian ground, or larger attacks than the one carried out on 22 july. This is for your own good and in your own best interest.’

According to what VG Nett learns, several of the group’s members are persons who already earlier were on the PST’s radar. This is apparently also part of the background why the secret service takes the matter serious.

The motive for the warning is the wish of this radical islamist group to establish an islamic state in Grønland, Oslo.

‘We do not want to be a part of norwegian society. And we do not consider it necessary either to move away from Norway, because we were born and grew up here. And Allah’s earth belongs to everybody. But let Grønland become ours. Bar this city quarter and let us control it the way we wish to do it. This is the best for both parts. We do not wish to live together with dirty beasts like you.’

Neither the office of the prime minister, the foreign ministry nor the defense ministry wished to comment on the matter. All of them emphasize that issues of government members’ safety lies with the police’s responsibility

Shoaib Sultan is a counsellor at Antirasistisk Senter. According to him, this is a group actively seeking attention for its hate-filled ideology.

‘Extreme groups are often obliged to take to such effects, and we have a long history among f ex extreme right-wing activists in Norway trying to appear bigger and more powerful than they really are. This said, however, threats need to be taken seriously, and it is reassuring that PST are investigating.’

40 Replies to “Muslims demand islamic state in Grønland Norway [not the island, but an Oslo district]”