STRATFOR is reporting that the dissolution of parliament is now formal and that the building is surrounded by security. 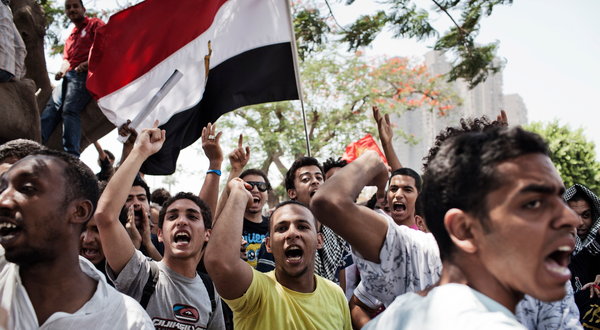 Protesters outside the Supreme Constitutional Court in Cairo on Thursday. More Photos »

CAIRO — Egypt’s military rulers formally dissolved Parliament Friday, state media reported, and security forces were stationed around the building on orders to bar anyone, including lawmakers, from entering the chambers without official notice.

The developments, reported on the Web site of the official newspaper Al Ahram, further escalated tensions over court rulings on Thursday that invalidated modern Egypt’s first democratically elected legislature. Coming on the eve of a presidential runoff, they thrust the nation’s troubled transition to democracy since the overthrow of Hosni Mubarak last year into grave doubt.

2 Replies to “Breaking: SCAF surrounds Egyptian Parliament, no one allowed in without special authorization.”