Families who coerce their children into a forced marriage could face up to five years in jail under legislation to be announced by the Prime Minister this week.

The new law will criminalise the practice, which occurs in some ethnic communities.

Forcing someone into wedlock would become a criminal offence in its own right under the proposals. 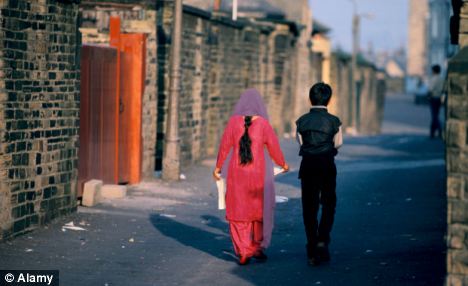 Banned: Families who force their children into marriage could face up to five years in jail

Breaching an existing forced marriage civil protection order – which prevents a young person being made to marry against their will – would also be a criminal act, punishable by five years in prison.