The past 24 hours has seen a lot of articles about this. But I will include a few videos spanning the last year or so to show that Muslims are flouting the law all over the West to excise the clitoris’s and labia and so on of their children with gay abandon.

Some current articles on the subject:

Medics in the UK have been uncovered allegedly offering to perform female genital mutilation (FGM) on girls as young as ten, it has been claimed. 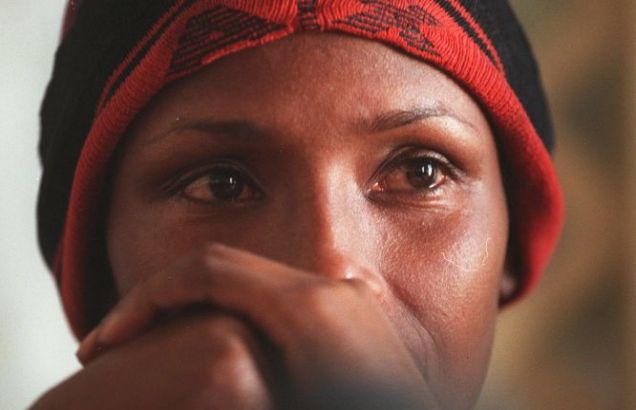 The Sunday Times claims to have filmed a dentist, GP and alternative medicine practitioner who were all willing to perform circumcisions or arrange for the operation to be carried out.

Somali model and activist Waris Dirie, who was mutilated as a child, said: ‘If a white girl is abused, the police come break down the door. If a black girl is mutilated, nobody takes care of her. This is what I call racism.’

Carrying out FGM or arranging it is illegal and carries a maximum prison sentence of 14 years.

The Sunday Times filmed a GP referring an undercover reporter to a dentist who said he would be willing to perform FGM upon girls aged ten and 13.

Journalists also spoke to an alternative medicine practitioner who was willing to circumcise a ten-year-old girl for £750.

All three deny any wrongdoing.

According to the Sunday Times there could be 100,000 women in the UK who have undergone FGM while 22,000 girls in Britain could be at risk of the procedure, including 6,000 in London.

The Metropolitan Police said it had received 166 reports of people who fear they are at the risk of FGM since 2008, but no convictions have ever taken place.

100,000 women undergo brutal genital mutilation illegally in Britain (and some of the victims are as young as TEN)

As many as 100,000 women in Britain have undergone female genital mutilations with medics in the UK offering to carry out the illegal procedure on girls as young as 10, it has been reported.

Investigators from The Sunday Times said they secretly filmed a doctor, dentist and alternative medicine practitioner who were allegedly willing to perform circumcisions or arrange for the operation to be carried out.

The doctor and dentist deny any wrongdoing.

The practice, which involves the surgical removal of external genitalia and in some cases the stitching of the vaginal opening, is illegal in Britain and carries up to a 14 year prison sentence.

It is also against the law to arrange FGM. 3 Replies to “Muslims in the UK doing more FGM than anywhere in Europe.”