So these cannot have been Muslim ceremonies, unless of course…

Galloway’s new Dutch bride (his fourth) is younger than his daughter. . . and his last wife had a baby four months ago

After his sensational by-election victory of last week, he might have been expected to pause for breath. 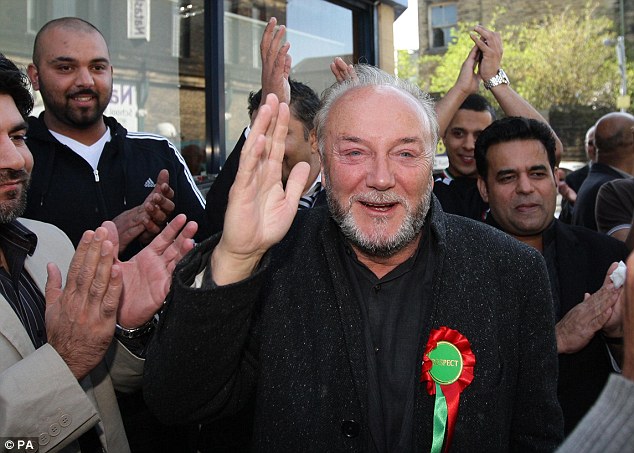 Instead, three-times-married ‘Gorgeous George’ Galloway flew to Amsterdam and took a fourth bride – a woman 30 years his junior.

The ceremony, in a hotel, happened less than 48 hours after the MP took the Labour stronghold of Bradford West with an astonishing 10,000-plus majority for his Respect party. And it was a mere four months since his third wife had given birth to a son – their second.

The fourth Mrs Galloway is a Dutch-born researcher of Indonesian extraction who took a degree in cultural anthropology at the University of Utrecht. She also studied in Amsterdam before taking a masters degree in children’s rights at Amsterdam University.

From 1979 to 1999, Mr Galloway was married to his former teenage sweetheart, Elaine Fyffe. They had a daughter, Lucy, now 29 with two children of her own.

The couple separated in 1987 but did not divorce for a further 12 years.

[So he married his second wife – in a Muslim ceremony – five years before he divorced his first. So Mr Galloway is either a bigamist or a Muslim. This is probably the time of his conversion. As a bigamist he could only “remarry” in a tradition that allowed polygamy.]

By this time the Respect MP had already had a son, Zein, with his Lebanese former researcher, Rima Husseini, whom he had married in a Muslim ceremony in 2007.