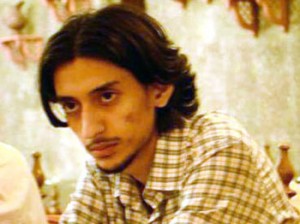 “Insulting the Prophet [Mohammed] is considered blasphemous in Islam,” notes OnIslam.net, “which is a crime punishable by execution in Saudi Arabia.” Hamza Kashgari, a 23-year-old Saudi blogger, now faces the prospect of execution for tweeting this message on Islam’s Prophet Mohammed’s birthday:

Kashgari was en route to New Zealand when he was detained by Malaysian authorities at the request of Interpol because of the tweet. He was then deported to Saudi Arabia, where he was arrested for blasphemy.

Saudi clerics have declared the 23 year-old to be an apostate, and, as Charles Santiago, DAP’s MP for Klang, notes in Free Malaysia Today, “13,000 people have joined a Facebook page titled ‘The Saudi People Demand the Execution of Hamza Kashgari’.”

Regarding the deportation of Kashgari, Santiago says that… read more.

5 Replies to “Saudi national faces prospect of execution for tweeting”