I have an idea. Let’s import millions of people from vastly different cultures, many of whom wish to destroy us and the bulk of which hold is in varying degrees of contempt, then give as many as we can high office.

I can’t see anything going wrong with that at all. 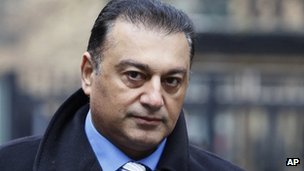 Metropolitan Police commander Ali Dizaei has been jailed for three years for misconduct in a public office and perverting the course of justice.

He attacked Waad al-Baghdadi in Kensington in 2008 and then inflicted injuries on himself in order to frame him, Southwark Crown Court heard.

Dizaei, of Acton, told the court he felt threatened by Mr al-Baghdadi.

He was first convicted in 2010 and served 15 months in prison before his conviction was quashed on appeal.

BBC Home Affairs correspondent Danny Shaw said it was likely Dizaei would be released after three months due to the time he has already spent in jail.