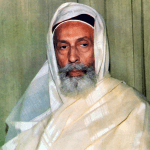 Remember how we ousted Libyan dictator Colonel Muammar Gaddafi so that the Libyan people could be free? Don’t get me wrong, I’m glad Gaddafi’s gone. The man was a bully and a psychopath that terrorized his own people. And Gaddafi funded every oddball political and militant group he could find, including Islamist, neo-fascist, and militant Left-wing.

Like you, probably, I was more than a little concerned by the appearance of al-Qaeda-types among the anti-Gaddafi militias. And I was pretty much certain that it would lead to a very troubled post-Gaddafi Libya when the Western governments — who were actively engaged in ousting the dictator — chose to ignore the emergence of the armed Islamist ranks.

Not everyone was convinced, of course. Stephen Schwartz saw Sufism as the moral and ethical foundation of the revolution. “Libya stands as one of the distinguished centers of a Sufism opposed both to unquestioning acceptance of Islamic law and to scriptural absolutism,” said Schwarts. This Islam, he said, was “dedicated to freedom and progress.”

With Gaddafi gone, Schwartz believed, it would “be necessary to analyze whether and how Libya’s Sufi past can positively influence its future.”

Not a bad plan, but it hasn’t exactly panned out. In the new Libya, Islamists have… read more.

One Reply to “Islamists dominate post-Gaddafi Libya, make it unwelcome to Sufis”