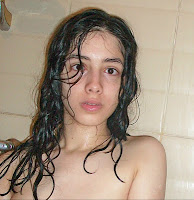 Egyptian blogger Aliaa Magda al Mahdy and a male friend recently shocked the overwhelming Muslim Egypt when they posted photos of themselves naked. A coalition of 20 law graduates quickly called for the 20 year-old to be punished according to sharia(which would mean that she would be publicly whipped).

Ahmed Yehia of the coalition pointed out that “The former Constitution and the new articles in the new Constitution say that Islamic law is the basis of legislation, we therefore request that the two bloggers be punished according to Islamic sanctions.”

Yehia called their photos “an insult to the Revolution”and complained that they had “present[ed] themselves as revolutionaries [but were now] demanding sexual freedom.” In other words, for Yehia, and for very many other Egyptians, the former president was ousted not for more liberalism and democracy but because Mubarak’s Egypt was… read more.