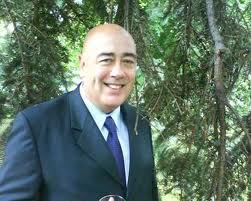 Back in May it was reported that every rape assault in the city of Oslo in the last five years had been committed by a person with a “non-Western” background – a Norwegian euphemism for Muslim.  Now it turns out that there have already been twice as many rape assaults in Oslo so far this year as there were in all of 2010.   At least one member of Parliament, André Oktay Dahl of the Conservative Party, calls the situation “critical” and is brave enough to acknowledge that many of the perpetrators come from cultures “with a reprehensible attitude toward women.”

The Conservative Party has proposed several measures to combat what is being described as a rape epidemic: more money for the police; more police in the streets and doing investigations; faster results from DNA tests; the introduction of volunteer auxiliary police.  There is something to be said for these proposals.  Policing in Norway is a scandal.  This summer it was reported that police departments all over Norway were so short-handed that they were unequipped to deal with the armies of drunks staggering home from bars on weekends after closing time.  It was also reported that only fourteen of 430 new graduates of Norway’s police academy had been offered jobs.

The scandalous fact is that Norway, for all its wealth, has chosen not to invest overmuch in law and order.  The very idea is simply too reactionary-sounding for the ’68-ers and their heirs in the political and bureaucratic corridors of power.  As I wrote elsewhere a few months ago, “Norway wastes millions of kroner ever year on ‘development aid’ that ends up largely in the pockets of corrupt African dictators; it pours millions more into the pockets of non-Western immigrants who have become masters at exploiting the welfare system; for heaven’s sake, the Norwegian government even funds anarchists.  It’s not entirely misguided for a Norwegian citizen to feel that his tax money is going less to fight the crime that threatens his home, his self, and his business than to support criminals.”

So Norway needs more cops – there’s no question about that.  At the same time, beefing up the police force wouldn’t even begin to address the problem that’s at the root of the country’s growing rape crisis: the presence in Norway, and especially in Oslo, of ever-growing numbers of people who have nothing but contempt for Western culture, who have absolutely no concept of respect for members of religions other than their own, and who have been brought up on the idea that women who dare to walk the street alone and without veils covering their faces deserve to be violated.

Not so very many years ago, Oslo was virtually a rape-free city, inhabited by people who had been brought up on civilized notions of mutual respect and tolerance.  No longer.  Over the years, the incidence of rape has risen steadily.  A wildly disproportionate number of the perpetrators are “rejected asylum seekers” – which may sound puzzling unless you are aware of the perverse state of affairs whereby even persons officially rejected for asylum in Norway are still allowed to stay.  And the increasing temerity of the rapists – who know very well that they will probably not be caught, and, if caught, will not be severely punished – is reflected in the fact that the most recent rape (in which two men assaulted a 21-year-old woman) took place virtually in the backyard of the Royal Palace.

For the rest please click through to Front Page Mag

5 Replies to “Oslo’s Epidemic of Rape”