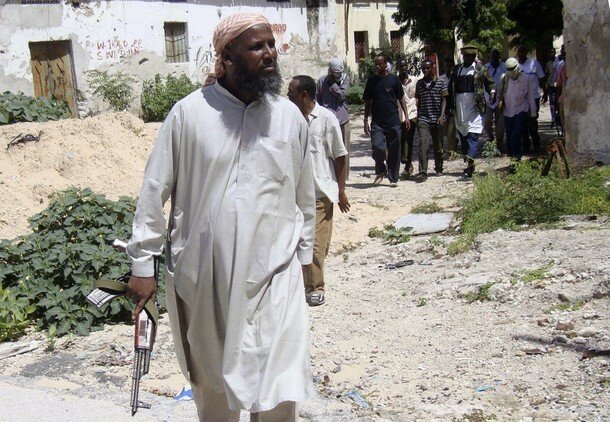 (Reuters) – Somalia’s al Shabaab rebels called on Thursday for supporters in Kenya to carry out a major strike in retaliation for a 12-day military incursion by east Africa’s powerhouse.

Kenya has sent soldiers and heavy weapons into southern Somalia to crush the al Qaeda-linked militants Nairobi blames for a string of kidnappings on Kenyan soil and frequent border incursions.

Kenyan units have advanced on several fronts with Somali government troops and allied militias towards al Shabaab strongholds and a fighter jet bombed its port city of Kismayu on Sunday.

“The time to ask Kenya to stop war has passed. The only option is to fight them. Kenya, you have started the war and so you have to face the consequences,” Sheikh Muktar Robow Abu Mansoor, a top al Shabaab official, told a demonstration.

General Yusuf Hussein Dhumaal, the head of Somali troops in the area, denied there had been any ambush or fighting. Kenyan government spokesman Alfred Mutua declined to comment.

The al Shabaab official urged sympathisers in Kenya to shun the grenade attacks that hit the capital Nairobi on Monday, killing one person and wounding 29. Police said on Thursday that all but six of the victims had now returned home.

“The Kenyan Mujahideen who were trained by Osama in Afghanistan, stop throwing grenades at buses. We need a huge blow against Kenya. Hand grenades hurled can harm them but we want huge blasts,” he told hundreds of people gathered in Elasha, near Mogadishu.

Residents said al Shabaab had ordered them on Wednesday to close businesses and attend the anti-Kenyan rallies.

The two grenade attacks on a bar and a bus terminus in downtown Nairobi have spooked Kenyans and security has been beefed up in the capital at hotels, government buildings, restaurants, bars and shopping malls.

The blasts came two days after the U.S. embassy warned of an imminent attack. A Kenyan man has pleaded guilty to one of the attacks and being a member of al Shabaab.

Kenya’s Police Commissioner Mathew Iteere said two more people had been arrested over the attacks and were due to appear in court this week. He said the man who pleaded guilty went to Somalia in February and returned to Kenya in August.

The United Nations has warned that hundreds of Kenyan Muslims have been recruited by al Shabaab and that youth organisations have raised funds for the Somali militants.

Al Shabaab has yet to carry out a major strike in Kenya but has used suicide bombers to devastating effect in Somalia and Uganda — whose troops are fighting the rebels in Mogadishu as part of an African Union force.

Iteere said the vehicle transporting papers for school exams was attacked about 110 km from the northeastern town of Mandera, which is on the border with Ethiopia and Somalia.

NO TALKS WITH SHABAAB

“We have received threats,” Robert Manumba, director of criminal investigations, told state TV. “Experience shows us that terrorism is an international crime. The al Shabaab group is composed of members from all east African countries.”

Al Qaeda struck Kenya and Tanzania in 1998, killing hundreds of people in suicide bombings of the U.S. embassies there.

A diplomatic row between Somalia and Kenya over the incursion appeared to have been resolved on Thursday. Somalia’s president