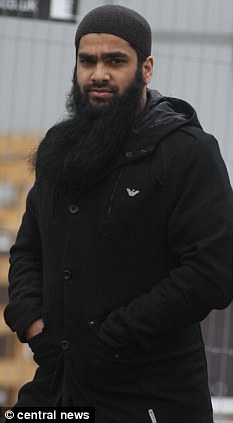 A law used to prosecute Muslim extremists for burning poppies on Remembrance Sunday is set to be scrapped.

The proposal is part of Home Office changes to public order laws in the wake of the summer riots, which will also see police given new powers to impose blanket curfews and to force rioters to remove face masks.

Currently it is an offence to use ‘threatening, abusive or insulting’ words in public, under section five of the Public Order Act 1986.

But civil liberties groups claim the restriction on ‘insulting’ speech is an unfair curb on free speech.

Religious groups have also criticised the law because the police have used it to arrest harmless Christian protesters.

A member of Muslims Against Crusades, Emdadur Choudhury, was successfully prosecuted under the Act after burning two huge poppies during the two-minute silence marking the country’s war dead last November.

Sentencing him in March, District Judge Howard Riddle said: ‘The two-minute chanting, when others were observing a silence, followed by a burning of the symbol of remembrance, was a calculated and deliberate insult to the dead and those who mourn or remember them. 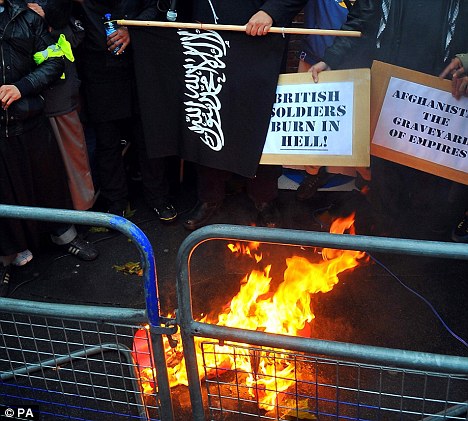 ‘If the memory of dead soldiers is publicly insulted at a time and place where there is likely to be gathered people who have expressly attended to honour those soldiers, then the threat to public order is obvious.

But other cases in which the Act has been used by police have provoked outrage. In 2006 an Oxford University student on a night out asked a mounted police officer if he realised his horse was gay.

After refusing to pay an £80 fine he was held overnight in a police cell before charges were dropped. 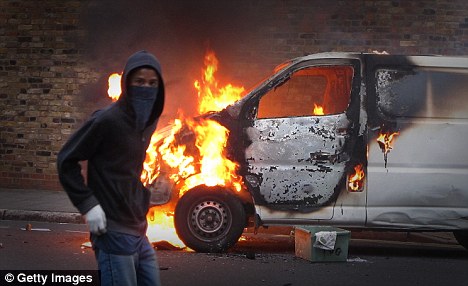 The law was also used to arrest two Christian hoteliers accused of asking a Muslim guest if she was a murderer and a terrorist because she was wearing a hijab.

But the judge dismissed the case after a two-day trial because the prosecution witnesses were unreliable. 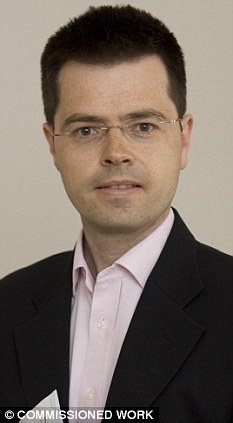 In May 2008 City of London police charged a teenager under section 5 for demonstrating outside the Church of Scientology in central London with a placard which said: ‘Scientology is not a religion, it is a dangerous cult.’ Charges were dropped when prosecutors accepted the word cult was not insulting.

A group of MPs have backed an amendment to the Freedoms Bill currently passing through Parliament calling for section 5 to be amended to remove ‘insulting’ speech or behaviour.

Home Office proposals published yesterday argue serious and distressing conduct would still be prosecuted because it would be considered either abusive or threatening.

They would give police a ‘general curfew power’ allowing them to keep members of the public off the streets in a certain area at particular times if there is ‘serious disorder’.

Decisions would be made by a senior officer and would be based on ‘credible intelligence of a serious threat’.

Police can only force someone to remove a mask in a certain area if there is a threat of violence. The new powers would ditch the requirement for approval from a senior officer.

As the proposals were published yesterday, Home Secretary Theresa May hosted an international conference on gangs.

Home Office crime and security minister James Brokenshire said: ‘It is essential the police have all appropriate powers at their disposal to maintain public order.

‘We must ensure officers on the ground have all the necessary legal measures available to them to protect our streets and keep the public safe.

‘But we must also make sure any new powers do not trample upon traditional British freedoms – that is why we are seeking public views on the powers the police really need to keep our communities safe.’