A gang of four Muslim men launched an horrific attack on an RE teacher because they did not approve of him teaching religious studies to Muslim girls.

Gary Smith, 28, was left with facial scarring, memory loss and became depressed after his face was slashed and he suffered a brain hemorrhage following the attack.

The vicious gang lay in wait for him several times before ambushing him as he made his way to work on July 12 last year. 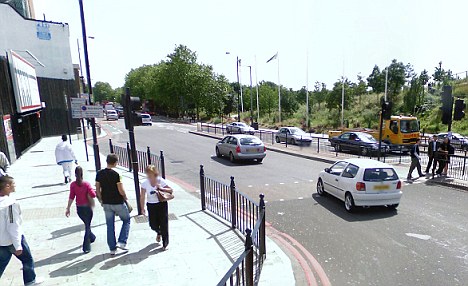 They were taped planning the attack saying they wanted to hit or kill him just because he was the head of religious studies at the Central Foundation School for Girls in Bow, East London.

Mr Smith was set upon with an iron rod and a brick leaving him unconscious on the pavement in Burdett Road, Tower Hamlets.

The gang, made up of Simon Alam, 19, Azad Hussein, 27, of Bethnal Green, Sheikh Rashid, 27, of Shadwell and Akmol Hussain, 26, of Wapping, fled the scene in a car and went on to boast about their role in the assault.

Alam said he hit Mr Smith over the head with a metal bar saying: ‘I turned and hit him on his face with the rod and he went flying and fell on his stomach.’

Prosecutor Sara Whitehouse said: ‘He was subjected to a violent attack while he was on his way to work. 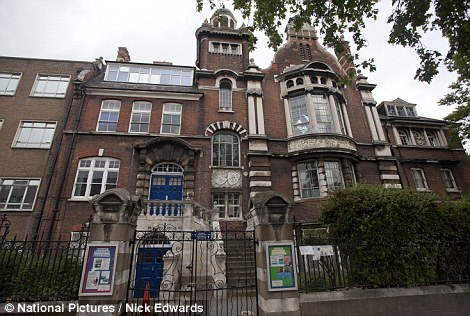 ‘His injuries included bleeding in the brain and a broken upper jaw. He has been left with permanent scarring to his face. The attack was pre-meditated and was vicious and sustained.

‘It was also a cowardly attack, carried out by a group of at least four men, using weapons, on the single victim who would have had limited opportunity to defend himself.’

The teacher had been at the school for eight years teaching faiths including Christianity, Judaism, Islam, Sikhism, Buddhism and Hinduism.

‘It was a cowardly attack, carried out by a group of at least four men, using weapons, on the single victim who would have had limited opportunity to defend himself’

Ms Whitehouse added: ‘He was targeted as the victim of this attack quite simply because of his position as head of religious studies at the school.

‘The defendants held strong religious beliefs and they chose him because they did not approve of his teaching.’

Hussain’s car had been bugged on an ‘unrelated matter’ and it was during that surveillance operation that some of the gang members were recorded discussing the attack.

He spoke about a pupil at the school, calling her teacher a dog – an offensive name in Islam. He is then heard saying ‘this is the dog we want to’ and then a word is said in Sylheti – a language from Bangladesh – that means to hit, strike or kill.

In the recording Hussain is heard saying: ‘He’s mocking Islam and he’s putting doubts in people’s minds…how can somebody take a job to teach Islam when they’re not even a Muslim themselves?’.

Two other attempts, on on July 8 and one on July 9 last year failed when Mr Smith did not take his usual route to work.

The thugs will be sentenced by Judge John Hand QC later today.