The Tundra Tabloids receives a hat tip to the following two stories concerning a Norwegian girl who’s happy to rediscover her identity after having to move away from an area where she was victimized for being an ethnic Norwegian, and about the rise in violence and threats towards employees in Oslo schools.
The situation in Norway is slipping fast from bad to desperate, as everyday people are being forced by their situations to come and speak openly about how dire things actually are. Just this past March the TT reported about a NRK report about how widespread anti-Semitic attitudes were amongst the Muslim immigrant community in Norway.
Teachers would only allow themselves to be interviewed anonymously for fear of their lives. Here are a couple of articles that show just how far the situation in Norway has been allowed to deteriorate. Really shocking. KGS 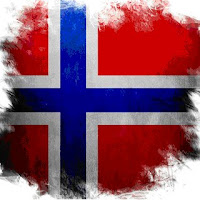 Esther from Islam in Europe blog kindly informs the Tundra Tabloids that she translated the article into English, so the TT reposts the translation, in part, and provides this link back to Esther’s site for the rest. Many thanks to Esther for the work. KGS

Bullied because she is white

Blond again: Only after moving to a school in western Oslo did Mari Morken (16) dare be blond again.

“Why is it racism is we call them ‘black’ and not racism if they call us ‘white'”?

“I never called anybody ‘Nigger’ or ‘Black’ or anything like that. On the other hand, those of us who were White were talked about derogatorily. It was negative to be White, Christianity and Norwegian culture was negative and there were many curses,” says Mari Morken (16) and rattles them off “Whitey, potato and white cheese”

Three years ago she couldn’t take it any more. She moved from a school in Groruddalen to a school on the west side. Every morning she takes the subway to the other side of the city to escape the curses and the bad class-environment. Where she goes now, it’s good to have good grades, and she doesn’t stand out because she’s light. Before she made dark stripes in her medium-blond hair. Now she dyes her hair a bit lighter. She’s in the process of ‘taking back’ her Norwegianity, and is happy to be blond without being branded ‘whore’ and cheap’.

‘Josephine’ was met with these words on the first school day at a high-school in an immigrant-dominated suburb south of Stockholm. Josphine was quite baffled, since aside from her hair color there was nothing about her appearance that would indicate she was promiscuous. She didn’t use makeup and had completely neutral clothing. It was exclusively her hair-color that branded her a ‘whore’.

‘Josephine’ is one of the informants for researchers Maria Bäckman, who did an ethnographic field study in a suburb south of Stockholm, where ethnic Swedes make up about 20% of the population. They’re therefore a minority. Klassekampen met Bäckman this week when she visited the University in Oslo and the Culcom research program (cultural complexity in the new Norway). She’s the first in Sweden who researched ethnic Swedes as a minority. A similar study was not done in Norway.

“In the suburbs the invisible Swedishness become visible. Ethnic Swedes experience being defined and labeled by their culture and religion, similarly with minorities of a different background,” Bäckman told Klassekampen.

In her study she focused on ethnic Swedish girls. They experience being linked to the notion of free, Swedish sexuality, which in the densely immigrant suburbs is not necessarily linked with something positive. The strategy for the suburb girls was therefore to play down their Swedish identity.

“Several dyed their hair. Not necessarily because they wanted to look like immigrants, but because they didn’t want to look so Swedish,” says Bäckman.

“Yes, it’s typical, Exactly like that.” Mari Morken nodded vigorously to us from the other side of the cafe table when we repeated some of what Maria Bäckman has found out. “I was called a whore so many times, I became immune.”

We meet her and her mother, Kristin Pedersen, for a talk about why Mari changed schools. They tell of systematic bullying and harassment since Mari reached puberty when she was 10-11, till she transferred school when she was 13.

Pedersen is still upset at the school’s lack of handling of the case.

Read the rest here at Islam in Europe. (Thanks Esther) 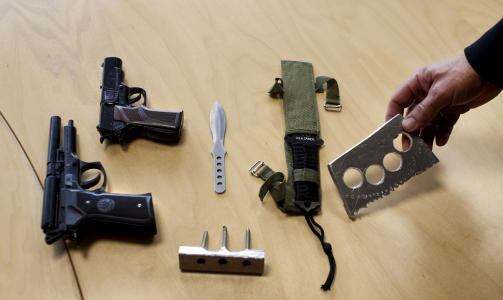 Near doubling of violence and threats against employees in Oslo schools

80 percent of violent athletes are children between 13 and 16 years.

We see some of the weapons confiscated at Etterstad skole in Oslo (75% male students, 55% of foreign origin). Dagbladet also tells of how threats against teachers are on the increase:

Dagbladet): From 2005 to 2009 the number of reported violence and threats against employees in the Oslo-schools increased from 129 to 224. This is shown by new numbers from the Agency of Education in Oslo municipality ( Utdanningsetaten i Oslo kommune). This holds for “ordinary schools”, and for the special schools the numbers are even higher: From 2005 to 2009 the incidents grew from 322 to 525.