Muslims and thier allies respond 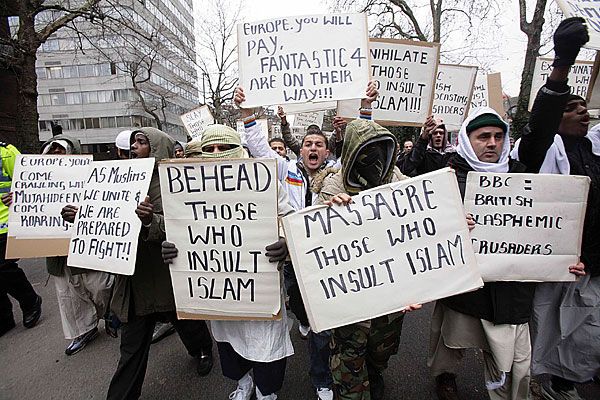 GAURDIAN NEWS… We are concerned by the rise of Islamophobia, the negative coverage of Muslims in the media, the violent street mobilisations of extreme rightwing organisations like the English Defence League, and the rising electoral support for the British National party (The battle for Barking, Weekend, 13 March). Following Channel 4’s recent inflammatory documentary, Britain’s Islamic Republic, which saw concentrated attacks on the East London Mosque, the English Defence League marched through central London with placards including the demand “Close the East London Mosque now”.

The East End of London is not new to having its communities attacked by fascists and the media. The 1930s saw the Battle of Cable Street when Oswald Mosley’s blackshirts attempted to march into the Jewish community in the area. We cannot allow this terrible history to repeat itself. Further, the documentary, and articles since, have attacked the participation in politics by the Muslim community. We cannot stand by and watch this continue without remark or action.

In the runup to the general election, all parts of the population should be actively encouraged to exercise their votes. That is democracy. We welcome the work of organisations who work to this end. We call for solidarity and support for those organisations that work to encourage political participation from all sections of society, including Muslims, and condemn those who seek to undermine it.

4 Replies to “Islamophobia is a threat to democracy”