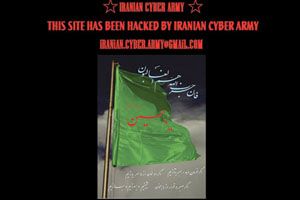 Hamstrung by a culture of “political correctness” and afraid of litigation or violence, many mainstream media outlets now err on the side of extreme caution when reporting on radical Islam. One need only recall the reporting on the recent Fort Hood massacre, and the subsequent suggestion that the gunman had suffered from a previously unknown “pre-traumatic stress disorder,” or the way on which the Mohammed cartoons were reported upon in European and the US. If one wanted to see the “offending” images, one had to visit one of the smaller news and opinion sites or “counter jihad” blogs. Again, when LiveLeak temporarily removed Geert Wilders’ movie Fitna, these sites hosted it. They have also been at the forefront of exposing anti-Semitism on display at “pro-Palestinian” demonstrations, and in reporting on riots in France and other European states.

Despite severe restrictions on reporting inside Iran, that country’s pro-democracy dissidents have also been able to get the facts on the ground out via the internet, and, most famously, via the social networking site Twitter. In June, as Iranians took to the street to protest against the election results – widely regarded as rigged – the Obama administration asked Twitter to postpone its scheduled maintenance. Iranian protestors had been using the site to send messages to the outside world about the brutality the regime and its thugs were inflicting on them. Some of this information may well have been lifesaving, as Iranian Tweeters warned which hospitals had been turned into traps by the regime’s militia, and which embassies had been blocked.

In December, when pro-democracy protestors took to the streets again, Twitter was hacked and briefly taken over by a group calling itself the Iranian Cyber Army. This was the same month that the German broadcasting network Deutsche Welle was targeted with jamming signals, later found to have originated at Tehran.

While we are shocked by such brazen attacks, we are less likely to hear about attacks on individual websites and blogs, or death threats against those that run them. In September, while researching for an article on the English Defence League, I came across a death threat against the British, anti-Islamic blogger Lionheart, posted on a radical Islamic chat room by someone claiming to be a member of Islam4UK.

Less than two months later, the Iran Politics Club website was hacked, and taken down for a month. The IPC says that it “supports the fight to establish Freedom, Secularism, Federalism, Human Rights and Democracy in Iran.” It is a controversial website, publishing news articles – against the regime in Tehran and critical of US president Obama – as well as photographs of stonings and hangings in Iran, cartoons, photographs of models (including “soft” pornography), music, and even weather reports.

In a statement, the IPC claimed that it has been attacked by an official Iranian “Cyber Terrorist Task Force” in Tehran, and from Hezbollah in Lebanon. The IPC also alleged that the “Cyber Terrorist Task Force has used hacking, decoding, viruses, programming and other cyber sabotage methods to destroy the IPC Networks beyond repairs! Obviously all other past tactics had failed, so now, IRI [the Islamic Republic of Iran] had to go for the jugular.” Whatever the truth of these accusations, notably, the IPC website was up and running again only shortly before Twitter was hacked.

Then, on January 3, I was made aware of an attack on the anti-Islamic website FaithFreedom.org, which took it offline for about 24 hours. A statement on the website a few days later said that:

“the domain was hijacked, its dns [domain name system] was changed and pointed to another site. The hackers then posted a few fake addresses inviting the readers to click on a link and download a list of 300 members. The link led to a jihadist site. There was nothing to download. It is our opinion that the hackers wanted to phish the IPs of the viewers or download on their computers some sort of malware.

Ali Sina, is the founder of FaithFreedom International, and the author of Understanding Muhammad: A Psychobiography of Allah’s Prophet. He describes FaithFreedom as “a popular Internet site where ex-Muslims from all over the world meet to criticize their former faith, and to answer the questions of other Muslims and help them to leave Islam.” He is an unapologetic opponent of the religion, who told me that, “Islam should be compared to Nazism.”

Nevertheless, Muslims are also welcome to put their point of view at the FaithFreedom forum, although Mr. Sina says that he also advises them to post anonymously, in case they decide to leave the religion later on. “Islam is not a race,” he reminded me, when I spoke to him after the attack, “The most vocal critics of Islam are ex-Muslims. The majority of the members of FaithFreedom International come from Islamic backgrounds.”

The site has been regularly attacked since it was set up 12 years ago, though the group running it has responded by building “a strong firewall,” and by taking routine backups, so that it can be re-uploaded with minimal loss if an attack is successful. “This attack was more serious” than most, Mr. Sina noted, “because it involved the hijacking of the domain name.” It “should serve as a wake-up call for all those who speak the truth about Islam. Hide your identity or go in hiding.”

“We don’t keep any personal information on our server and encourage everyone to use fake id and fake information to join the site,” he says, “We also tell them not to reveal their real id to anyone.”

The recent attack, redirecting visitors to a “jihadist site,” is the kind of things that concerns Mr. Sina, because, he says, “we constantly receive death threats. There are also two fatwas for my death from two imams in India promising a monetary reward of $1,000.000 Indian Rupees [about $20,000 US dollars] for anyone who kills me.”

“Anyone who speaks against Islam must be concerned for his or her safety, but more so the apostates. That is why I always encourage people to keep their anonymity. Not all of us can afford 24/7 bodyguards. Remaining anonymous is our only line of defense.” Mr. Sina suggests that there is only one significant line of attack. The “anti-Islamic blogs […] are our tanks, our warships, our bombers and our bullets against Islam.”

“Words are mightier than sword, and, ultimately, the truth is what will save us. Support the apostates of Islam,” he urges, “They are not only in great danger they are also often ignored by others. The apostates are the main defenders of the western civilization. They see the West, its democracy, and its freedom, as the last frontier.”

We often hear that it is the freedom of the press that ultimately guarantees democracy and freedom. In the past, the threat to the press seemed to come from big government. Now it comes from self-censorship, and political correctness. Even if the smaller news sites and blogs are picking up the slack, it is incredible that death threats against those running them does not make the mainstream media.

One Reply to “Recent Attacks On “Counter Jihad” Websites”