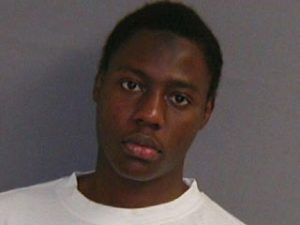 DETROIT —  A Nigerian man pleaded not guilty Friday to charges that he tried to blow up a packed U.S. Detroit-bound airliner on Christmas Day.

Umar Farouk Abdulmutallab said little during a federal court hearing that lasted less than five minutes. The 23-year-old, who wore a white T-shirt, tennis shoes and light olive pants, said “yes” in English when asked if understood the charges against him.

Authorities say Abdulmutallab was traveling from Amsterdam when he tried to destroy the Northwest Airlines plane carrying nearly 300 people by injecting chemicals into a package of explosives concealed in his underwear. The failed attack caused popping sounds and flames that passengers and crew rushed to extinguish.

A grand jury indicted Abdulmutallab on six charges earlier this week. The most severe carries up to life in prison — the attempted use of a weapon of mass destruction.

During Friday’s hearing, Abdulmutallab stood at the podium along with Assistant U.S. Attorney Jonathan Tukel and defense attorney Miriam Siefer and answered a few questions from Magistrate Judge Mark A. Randon.

When the judge asked if he had taken any drugs or alcohol in past 24 hours, he answered, “some pain pills.” Siefer then said he was competent to understand the proceedings. Abdulmutallab, who is being held at a federal prison in Milan, Mich., had been treated at a hospital for burns after the attack.

His attorneys then waived the reading of the indictment, and the judge entered not guilty plea enter on his behalf.