Comedy Central
in the Middle East 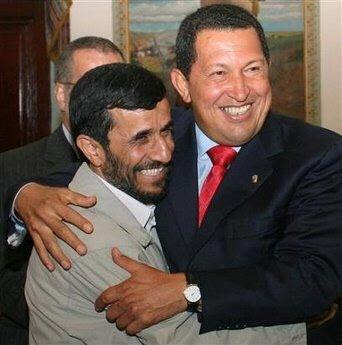 Jesus and the 12th Imam soon to arrive!

Chavez to Ahmadinejad: Jesus and the Mahdi Will Come Soon

During a visit to the sacred city of Mashhad in northern Iran, Venezuelan President Hugo Chavez said to his host, Iranian President Mahmoud Ahmadinejad, that Jesus and the Mahdi (the Shi’ite messiah) will arrive soon and establish justice in the world. Chavez also said that, starting October 2009, Venezuela will export to Iran 20,000 barrels/day of refined oil, at a cost of $200 million. Source: Mehr (Iran), September 6, 2009

2 Replies to “MEMRI: Chavez to Ahmadinejad: Jesus and the Mahdi Are Soon to Arrive”