I have no idea if Donald Boström rapes baby dolphins on crack actually. But I do know according to his own rules, its up to him to prove he does not. From the Jpost on the accusations of organ stealing of Palestinians by Jews: 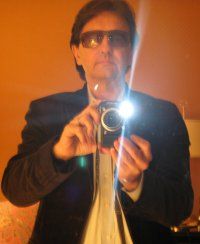 So, by Donald’s own logic, and turn around being fair play I think we all should have a shot at him. If it is up to the accused to prove an allegation false, (something that a first week student of logic would know is impossible and illogical, ever try proving there is no god?) Then lets see what we can make stick against Donny over there. I will send a Larry Curly and Moe T shirt to the person with the best accusation.

Don after a trip to the Stockholm Aquarium. had enough Dolphin 'tail' for today Donald?