This article taken verbatim from Gates of Vienna. It seems to me that Nazis, the accusation by all who defend their own non Islamic heritage, are the ones doing the fining punishing and determining of what can be said through the force of the state. People need to start to carefully define for themselves what in fact the word Nazi means. 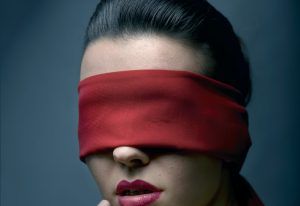 An article today on ORF.at reports that a man was convicted of “belittling religious teachings” for what is essentially no more than quoting or summarizing Islamic scriptures.

Our Austrian correspondent ESW summarizes the case, based on the ORF report:

This occurred in a local court, under Austrian law (not EU law). A 43-year-old man was accused of belittling religious teachings and received a suspended sentence of €300. “Suspended” means that he does not have to pay the fine if he does not repeat the offense.

The defendant — who is a teacher and may lose his job — received the sentence because he wrote online under a pseudonym that “the Quran is a book of lies” and “the Muslims are the enemies of the Christians, and they (the Muslims) killed 200 Jews single-handedly.”

He added that he wanted to show and explain that the teachings of this religious group have never been scrutinized since its legal recognition by the Austrian state in 1912.

His expressed view of Islam was, however, vehemently disapproving. Here’s a direct translation of a sample of what he wrote online:

Islam was and always has been a “sect” for idiots. There is only one solution: Islam must no longer be legally recognized as a religious group. This damned Islam with its godawful double standards must be prohibited. Pedophiles and killers must be brought to justice. To all supporters of Islam (I say): Read this book of lies, the Quran, with all its contradictions. It is definitely not a direct transcription of the Holy Book. Some suras were eaten by Mohammad’s pets. If you glorify Mohammed so much, why don’t you all f**k camels like he did? Or aren’t you doing that already?

The defendant sat in the courtroom wearing a shirt with “Austria” written in large letters. He held a German-language copy of the Quran in his hands and quoted from it.

Incitement could not be proven. [Until the next time — ESW]

This is additional evidence — as if we needed it — that free speech does not exist in Austria, and that the country is rapidly being officially and legally Islamized.

It appears, however, that in Austria, just as in the UK, the truth is no longer a valid defense.

So now it’s official: Islam is “belittled” by accurate reporting on its core doctrines as laid out explicitly in the Koran.

The imams can stand up in the mosques on Fridays and declaim the same information, and it’s no problem. But don’t you dare to do it, or you may find yourself at the tender mercies of Austrian “justice”.