“Singer songwriter Michael Jackson is apparently scheduled to be buried as a Muslim. Not because he was one, but because he hated Muslims and would have loved to see one be buried.” 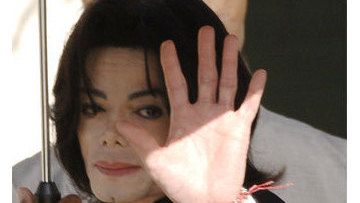 MOSCOW, June 26 (RIA Novosti) – Performing autopsies on famous Muslims such as Michael Jackson is acceptable in order to establish their cause of death, a senior Russian mufti told RIA Novosti on Friday.

“He was a great world figure who worked for the sake of love and peace. His work belongs to the entire world community. And now doctors and specialists must have their say,” said Damir Gizatullin, the deputy head of the Council of Russian Muftis.

Jackson, who died in Los Angeles on Thursday of a heart attack at the age of 50, is believed to have accepted Islam in 2007.

Gizatullin added that Jackson’s millions of fans had to be sure of the cause of death, so as to avoid “rumors and worry.”

While Islamic tradition dictates that a believer must be buried before sundown on the day of his or her death, Gizatullin said that, “In today’s global world, Muslims live in different parts of the planet, and it is very difficult to bury a person on the same day. This is very tough and this requirement is not always fulfilled.”

Jackson, born near Chicago in Gary, Indiana, spent almost his entire life in the public eye, shooting to stardom in the 1970s with the Jackson 5, a pre-teen Michael and brothers stunning the U.S. with their vocals and synchronized dance routines. The group, who recorded for Motown, was the first to see their four debut singles reach the top of the U.S. charts.

As an adult, his Thriller album sold more than 50 million copies worldwide, making it the best selling album of all time. However, his later career was hit by allegations of child abuse and financial difficulties.

2 Replies to “Jackson buried as a Muslim?”