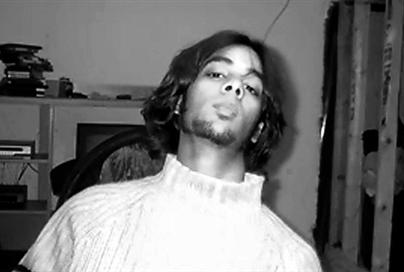 One of the Muslims planning to attack Canada from within

Details unfolded yesterday at a sentencing hearing about a meticulous plan to bomb three buildings in the so-called Toronto 18 bomb plot of 2006.

In a statement of facts released yesterday in a Brampton courtroom, Saad Khalid, 22, admitted to playing a role in planning the foiled attacks, which co-conspirators allegedly said would be greater than the planned London subway bombings of 2005.

Khalid is the first accused to plead guilty in the case. The attack was allegedly set for a morning in mid-November 2006.

The statement alleges Khalid’s co-conspirators planned to target the Toronto Stock Exchange, the CSIS headquarters on Front Street in Toronto, and an unidentified military base, off Highway 401 between Toronto and Ottawa.

Three U-Haul vans were to be rented with fake identification, packed with explosives and detonated remotely, the statement says. One of the co-accused made the detonators and tested them himself, the 37-page document reads. The bombings were to occur on three consecutive days, rather than simultaneously.

The group communicated using pagers and USB memory sticks to pass around instructions, the statement says, so they did not have to use emails or cellphones.

An undercover police agent was enlisted by the group to procure nitric acid and ammonium nitrate for the bombs, the statement says.

The statement also says one of Khalid’s co-accused told the undercover agent that he wanted the attacks to occur on Sept. 11 2006, so the date would be remembered forever.

The co-accused allegedly said the attack’s purpose was to affect the economy, and that he hoped the bombing would encourage Canada to pull troops from Afghanistan.

Four youths and 14 men were charged in a police bust under the Anti-Terrorism Act in the summer of 2006. Charges against seven of the suspects have since been stayed.

By pleading guilty, Khalid, of Mississauga, Ont., is the first member of the group to admit a bomb plot existed.

He was charged with knowingly participating in a terrorist group, receiving training for the purpose of enhancing the ability of a terrorist group and intending “to cause an explosion of an explosive substance that was likely to cause serious bodily harm or death.” He pleaded guilty to the last count.

The identities of Khalid’s co-accused are under a publication ban. The trials for the other accused adults are expected to begin next year.

David Kolinsky, who represents another of the accused, said the statement does not change anything for his client.

Khalid’s lawyer did not return the Post’s request for comment. The sentencing hearing is expected to continue all week.