I guess the Saudis haven’t heard of hybrids yet. From CTV News

Diplomat status gets Saudi crash suspect out of jail 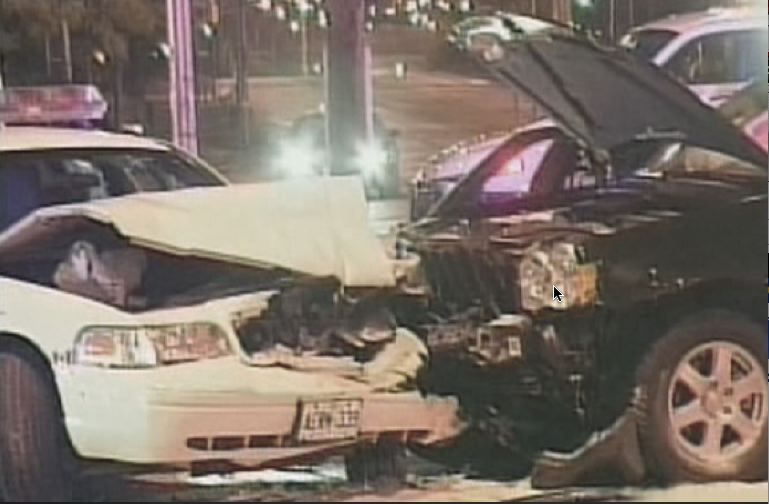 A man who allegedly led Ottawa police on a high-speed chase in an SUV and then collided head-on with a police cruiser was released from custody after he claimed diplomatic immunity, officers say.

While the suspect’s identity has been kept secret since the crash early Tuesday, CTV News has learned the man is a 30-year-old foreign envoy from Saudi Arabia.

Saudi Arabia’s embassy hasn’t confirmed nor denied that information. Staff at the embassy have also refused to speak on the record about the alleged link.

The unnamed SUV driver wasn’t hurt in the crash, but the officer behind the wheel of the police cruiser suffered minor injuries.

Neither local police nor the Ministry of Foreign Affairs will release any information about the suspect.

A statement from Cannon’s office confirmed “that a person with diplomatic status faces criminal charges in connection with an incident of dangerous driving.”

The statement said there was no indication that alcohol was involved and that Ottawa will push for charges to be laid in a Canadian court.

“The Department will request that the individual’s government waive the appropriate immunities in order for any charges to be heard in a Canadian court.”

But NDP MP Paul Dewar said that response isn’t good enough and said the suspect’s name would be released “if a police cruiser was hit by anyone else.”

While Ottawa police say they are working with the Crown Attorney and the Department of Foreign Affairs to “pursue appropriate charges,” diplomatic immunity could allow the suspect to sidestep Canada’s justice system.

“They are not subject to the laws of the country,” he said. “They can’t be prosecuted, so it really becomes a matter between state to state.”

About 5,000 embassy workers currently have diplomatic immunity in Ottawa, and Tuesday’s crash is raising fresh questions about the practice.

This year, there have been three cases involving diplomatic immunity, including allegations of shoplifting and a suspected domestic dispute.

Last year, there were 14 incidents, including two allegations of drunk driving.

Perhaps Canada’s most infamous case of diplomatic immunity occurred in 2001, when an impaired Russian diplomat got behind the wheel of a car and struck Ottawa lawyer Catherine MacLean.

MacLean was killed and the Russian diplomat was shipped home.

However, diplomatic pressure from Canada led to a trial and conviction in Russia.