With Obama pushing for Turkey to be accepted into the European Union, lets have a look at which new neighbor Turks will want to get to know. 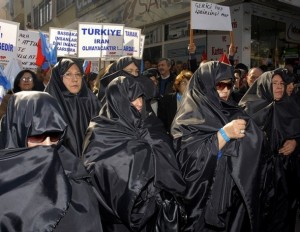 A study suggests Turks have low tolerance for diverse lifestyles as three in four respondents said they would not want to live next to an atheist or anyone drinking alcohol.

The study by Istanbul’s Bahcesehir University is meant to gauge radicalism and extremism in Turkey.

The survey is based on interviews with 1,715 people selected randomly from 34 cities between April 12 and May 3. No margin of error was given.