Hasibullah Sadiqi expressed a desire to “get rid of” his sister and her fiance weeks before he shot and killed the couple, one of his friends told a jury Thursday. 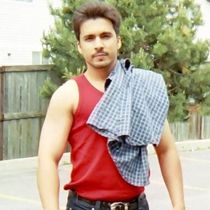 Sadiqi has pleaded not guilty to two counts of first-degree murder in the shooting deaths of his sister, Khatera Sadiqi, and her fiance, Feroz Mangal. The pair were shot and killed while sitting in their car in the Elmvale Mall parking lot just before 1 a.m. on Sept. 19, 2006.

Although Hasibullah Sadiqi doesn’t deny he is responsible for the deaths, his lawyers have said he rejects the Crown’s theory the shootings were an “honour killing” carried out by Sadiqi.

The Crown contends he murdered the pair because he felt his sister had dishonoured his family by becoming engaged to Mangal without her father’s permission, and by moving in with the man’s family, actions contrary to her family’s Afghan heritage. Sounded sad

Under cross-examination by defence attorney Lorne Goldstein, Fazli stood by his story he’d personally heard Sadiqi use the phrase “get rid of them” when speaking about what he wanted to do about the relationship between his sister and Mangal.

Fazli said it’s likely he’s the only person who heard Sadiqi say those words on two separate occasions weeks before the shootings.

Fazli also testified about meeting Sadiqi the morning after the killings at Fazli’s apartment building on Riverside Dr. “He wanted to see me. He sounded sad and upset,” said Fazli. “He said Khatera was gone. I said, ‘What do you mean?’ and he said, ‘Khatera is gone.’ ”

“He asked me if I wanted to go to mosque to say a prayer for her,” said Fazli. “He said, ‘She’ll become a martyr. She’s in paradise now.’ ”

Near the end of Fazli’s testimony, the 22-year-old became emotional when he talked about having to come to court and talk about the killings.

“So many families want justice for Khatera and Feroz,” said Fazli. “Two lives are gone. Everyone is hurt by this.”

Earlier in the day, court also heard from Sultan Mangal, Feroz’s father, about the last time he spoke with his son.

Mangal said he called his son around 11:20 p.m. on the night of the shootings.

“I told him, ‘Why are you late?’ ” Mangal testified through a Pashto interpreter, frequently dabbing at his eyes with a tissue. “With a smile and a laugh he said, ‘I am on the highway. I’ll be shortly home.’ That was the last (of his) voice I heard.”