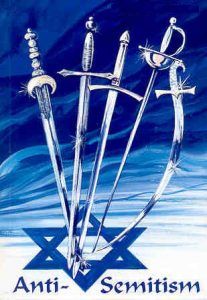 It’s well known that the president of the Canadian Arab Federation recently called Jason Kenney, the Minister of Immigration, a “professional whore” for supporting Israel and criticizing the presence of Hamas and Hezbollah flags at a recent protest, prompting Mr. Kenney to say he would review the CAF’s federal funding.

But it is less well known that Mr. Mouammar spent the 11 years prior to February, 2005, sitting as a member of the Immigration and Refugee Board, deciding whether refugee claimants from such North African countries as Morocco, Egypt, Algeria and Somalia should be allowed to stay in Canada. It might not be a bad idea to dust off some of those old files and see who did get into the country while Mr. Mouammar worked at the IRB.

OTTAWA — The Canadian Arab Federation is taking Citizenship and Immigration Minister Jason Kenney to court over his decision to stop funding the group’s language training programs.Kenney had threatened to pull $2 million in federal cash after the federation’s president Khaled Mouammar called him “a professional whore” for his support for Israel.On March 18, the federation was told by an associate deputy minister at Citizenship and Immigration that funding for its Language Instruction for Newcomers to Canada program (LINC) would not be renewed, according to court documents filed Wednesday in Federal Court in Toronto.The Toronto-based group was told “its funding for the LINC program would not be renewed because of objectionable nature of public statements made by CAF members,” according to the application.The decision erred in law by breaching an agreement to fund the LINC program and also breached the principle of fairness, the application alleges.
The federation is asking for an order quashing the decision and has also applied for an injunction to keep the funding coming while the case is heard.The minister has yet to file a response to the application. None of the allegations have been proved in court.
The federation is represented by Toronto lawyers Barbara Jackman and Hadayt Nazami, who are also acting for controversial British MP George Galloway in his litigation against the federal government over a decision to need him inadmissible to Canada. Kenney is named as a respondent in that case, too.