TERRORISTS are closer than ever to launching a dirty bomb attack, the Government has warned.

From The Daily Star: 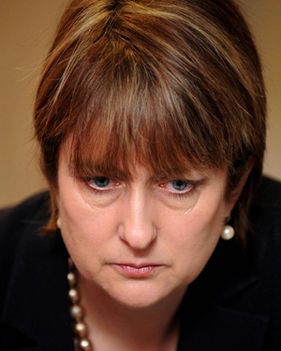 It is now “likely” and could happen at any time, ministers said, while the chances of chemical or biological weapons being used are “more realistic” than ever.

It added: “Changing technology and the theft and smuggling of chemical, biological, radiological and nuclear and explosive materials make this aspiration more realistic than it may have been in the recent past.”

It also said terrorists have created new explosives and that groups from around the world readily share new deadly forms of technology.

Ms Smith was asked whether there was a greater threat of a chemical, biological or nuclear attack than five years ago.

She said: “There is the potential, given the international situation, what we believe to be the aspirations of some international terrorists, that it could be.”

The intelligence report said al-Qaida itself was “likely to fragment” under international pressure, and might not survive in its current form.

But its ideas would outlive changes to its structure, leading to an even greater threat, it warned.

The report added: “Terrorist organisations will have access to new technology and may become capable of conducting more lethal operations.”

Ms Smith, 46, said the threat of attack was “severe” ahead of next month’s G20 summit of world leaders in London.

“A threat is highly likely,” she said.

By 2011, Britain will be spending £3.5billion a year on counter-­terrorism.

The number of police deployed on counter-terror work had risen since 2003 from 1,700 to 3,000, while the security service MI5 had doubled in size over the same period.

Meanwhile Ms Smith said the public should “challenge” people who use freedom of speech laws as a cover for causing moral outrage.

Using protesters who insulted Brit war heroes in Luton, Beds, as an example, she called on the public to tell them they “are wrong”.