From The Redwing Report 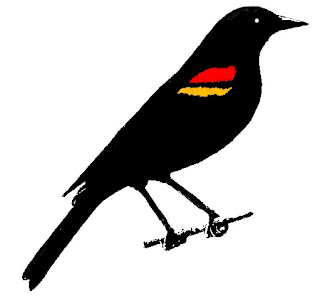 Jim Pankiw, a former Saskatchewan MP, is being prosecuted by the Canadian Human Rights Tribunal for criticizing programs and privileges available to Saskatchewan aboriginals and not to non-aboriginals.


In 2002, 2003, and 2004, Jim Pankiw, then a member of Parliament, distributed a series of three brochures to his constituents. The brochures criticized special fishing and hunting privileges, hiring quotas, sentencing circles, and tax exemptions for aboriginals. 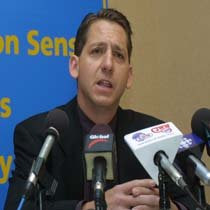 the Racists Are” and criticized the federal government’s “two-tiered justice system …” which essentially gives Indians a “Get out of jail card”. He said at his hearing last week (week of October 20, ‘08) that he was referring to Section 718-2e of the Criminal Code, which states, “all available sanctions other than imprisonment that are reasonable in the circumstances should be considered for all offenders, with particular attention to the circumstances of aboriginal offenders.”

Mr. Pankiw’s mailouts were a reaction to many factors concerning Saskatchewan aboriginals, including the fact that, while only 9% of Saskatchewan population consists of Aboriginal people, they are responsible for just over half the crime in the province.

He objects to affirmative action programs that give Indian firms special preferences when bidding on some federal contracts. He calls the “Transition Programs” offered by the University of Saskatchewan “race-based discrimination” because they discriminate against qualified white applicants. Mr. Pankiw testified that he knows of a woman who was denied entrance into law school because all remaining seats were reserved for aboriginal applicants.

When the brochures landed in Saskatchewan mailboxes, nine Aboriginals promptly hauled Mr. Pankiw before the CHRC and charged him with discrimination and “stirring up negative feelings toward aboriginals”.

One must bear in mind that the charges brought against Mr. Pankiw by the CHRC are for acts that are neither illegal nor unconstitutional. The 1990 Supreme Court’s ruling stipulated that the only complaints human rights commissions could accept had to involve evil hate messages. Although “stirring up negative feelings toward aboriginals” does not, by any definition, qualify as evil, the CHRC deemed this complaint legitimate.

And irony upon irony, in June of this year, the Supreme Court dismissed Mr. Pankiw’s application to appeal a Federal Court ruling that refused to exempt him from the human rights investigation.

If the tribunal finds Pankiw guilty – and it is virtually certain that it will, it could order him to pay up to $20,000 to the complainants for “pain and suffering” and, if it decides that he acted willfully or recklessly, could double the fine. If he refuses to pay the fines, he will likely be sent to prison.

This man broke no laws. His words, however distasteful to some, are protected by our constitution, which guarantees our right to free speech and opinion. As an MP, his words are also protected by Parliamentary immunity.

He did not slander or libel any person or any group. His words criticized a system of entrenched privilege enjoyed by a specific group of people, aboriginals, and which are not available to other Canadian citizens.

We must bear in mind that the federal government is complicit in prosecuting Mr. Pankiw based on the ludicrous notion that “stirring up negative feelings…” is a crime.

The denial of freedom of speech in Canada has become a growth industry.

5 Replies to “Having an opinion in Canada still a crime. doubly so if its based on fact.”