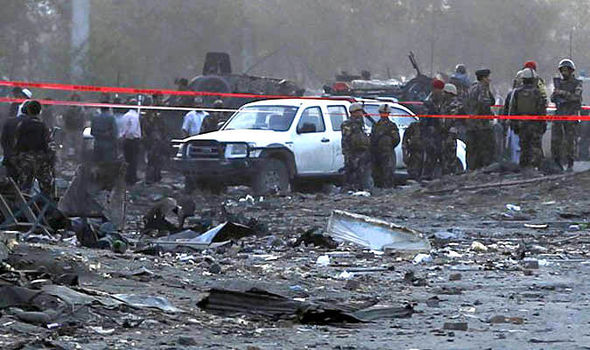 At least two people were killed when the terrorists drove a car packed with explosives at a guest house belonging to the Spanish government, which was used to accommodate important dignitaries.

WASHINGTON, D.C. — FBI Director James Comey declared that “radical Islamic terrorism” is an “umbrella term” that accurately describes acts by “savages… [and] maniacs” in groups such as the Islamic State.

That is significant because President Barack Obama and other Democrats have refused to use the term “radical Islam” when describing terrorist attacks carried out by Muslims. Those jihad attacks include the Dec. 2 massacre in San Bernardino, California which killed 14 Americans.

During a national security discussion at the Newseum Wednesday night, Comey was asked by the moderator whether using “radical Islamists” to identify ISIS jihadists is productive and “whether people’s religious identity features in the assessment of the [terrorism] threat or if it’s more divisive to our society than valuable.”

Now, another incident has some people wondering if we are in danger of a terrorist attack in our area. A large number of propane tanks have been reported stolen from several locations is Independence and Lee`s Summit.

At the end of November, a BP gas station in Lee`s Summit reported 18-20 propane tanks stolen from the outside cages. That same night the CVS on Southwest 3rd Street reported the exact same crime.

Two weeks later, the CVS on East 23rd Street in Independence was hit, and 28 tanks were stolen from that location.

Sources within law enforcement say they received an urgent safety email about the propane thefts.

4. Poll the BBC told you about… and the one they didn’t: Petition calling on immigration to the UK to be stopped until ISIS is defeated has almost as many signatures as one calling for Trump to be barred

A petition to ban Donald Trump from entering the UK last night became the most popular ever on Parliament’s website.

As of last night, more than 450,000 people had signed up to the call to ban the US presidential hopeful for hate speech in the wake of calls to ban Muslims from the US.

Started two weeks ago, before Trump’s comments that the US should bar all Muslims and that parts of the UK were no-go zones for police, it has comfortably passed the 100,000 threshold required to force the Commons to consider debating the issue.

However, until yesterday another petition demanding the UK close its borders had attracted almost as many signatures – but received less coverage in the media.

Police are believed to have been tipped off that an attempt would be made to free Turkish nationals Erwin Amoyaw-Gyamfi and Erun Izzet as they attended court to be sentenced for carjacking and firearms offences.

Another two men were arrested in a nearby street in connection with the incident.

(the DM has a video) 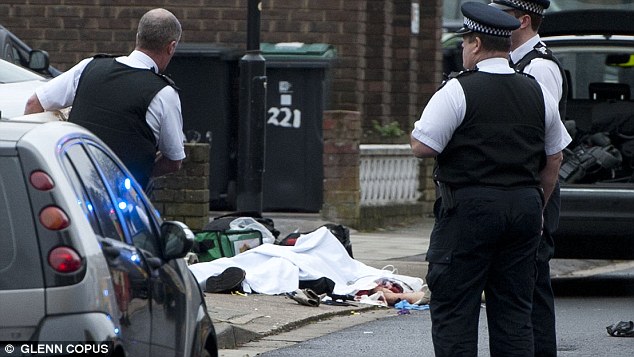 6. Rebel clip on Trump’s idea, being exactly what we need.

(Like all Maj. Coughlin’s material, this video deserves our full attention)

8. Memo to politicians: It is a very bad idea to speculate about how many Muslims advocate terrorism

We didn’t have to wait long after Donald Trump’s proposal to temporarily ban Muslim immigrants before another politician said something else off-color about the world’s fastest-growing religion.

This time, though, it was a Democrat who stepped into politically fraught territory. And in doing so, Rep. Loretta Sanchez (D-Calif.) could complicate the line her party hopes to draw between Trump, xenophobia and the rest of the Republican Party.

Sanchez, who is running for the open U.S. Senate seat in her state, suggested Wednesday that up to 20 percent of Muslims want to establish an Islamic caliphate and are willing to use terrorism to get there.

(Reality is poking its thorny crown up through the loose earth of the leftist narrative. Lets hope it flourishes before the cost of its reimplementation grows much higher)

9. Leftist student up against D’souza. The Narrative Vs. reality. Who wins?

(Danesh uses some pretty flawed reasoning in a couple of ways in my opinion here, but its still entertaining. More here on this event)

GENEVA, Dec 11 (Reuters) – Two Syrian nationals were arrested in Geneva on Friday and traces of explosives were found in their car, the local newspaper Tribune de Geneve and Swiss television said.

The newspaper gave no details on the identity of the two men or the circumstances of their arrest. It said it was unclear whether the arrests were linked to a heightened security alert Geneva authorities had declared on Thursday. It remained in effect at level 3 on a scale of 5.

“Two men of Syrian origin were arrested in Geneva on Friday,” Swiss television said on its nightly news broadcast. “Traces of explosives were found in their car.”

Geneva officials were not immediately available to comment, but a source close to the case told Reuters that two men had been arrested, without giving any details.

Swiss media and Reuters have reported that authorities are looking for four men believed to have been in Geneva this week. A van with Belgian plates and two men entered Switzerland from France via the Jura mountains on Tuesday and went back to France after three few hours, Swiss television said.

11. Ted Cruz on his vision of dealing with the facts of islamic threats to civilization.

(The audio is very bad but they subtitled it. Weird as its so much easier to turn up the gain)

(Installing ad blockers seem to have prevented Zero Hedge from crashing my browser. Video at link above)

Quite a day already. But there are and will be events that show the side of Western liberal democracy is waking up and fighting back. 2016 will be the year of islamic terror and the OIC and new anti-free speech laws, but it may also be the year of PEGIDA and a new awakening for freedom and perhaps some intuitively unlikely structural changes in our political systems. Change can come fast and large if history shows us anything.

This is interesting. Here is an article that claims Trump is a Democrat plant. I think a real case can be made for that. He sucks all the air out of the room for the GOP and then quits the race leaving the US to have its bones picked by Clinton. But the other possibility here is that the left in the US has finally started to realize that solid ad hominem and grotesquely unfair attacks on Trump have rocket propelled him to the front of the line with the second guy in the line still waiting for a cab at his front door. Is it possible that they realized that by associating him more with the left than the far right as a slur they feel they can take him down?