1. ‘R u okay with my age?’ Newlywed paedophile arrives to meet ’11-year-old girl’ for sex after grooming her online… only to be confronted by ‘Dark Justice’ vigilantes who had lured him into trap

This is the moment a paedophile was snared trying to meet an 11-year-old girl for sex by an internet vigilante group.

Hazaa Said had exchanged explicit messages with the fake schoolgirl and even sent a picture of his genitals before attempting to meet her in Newcastle.

He has become the sixth pervert to be jailed after being snared by Dark Justice – a group which poses as schoolgirls online to trap men who are interested in underage sex. 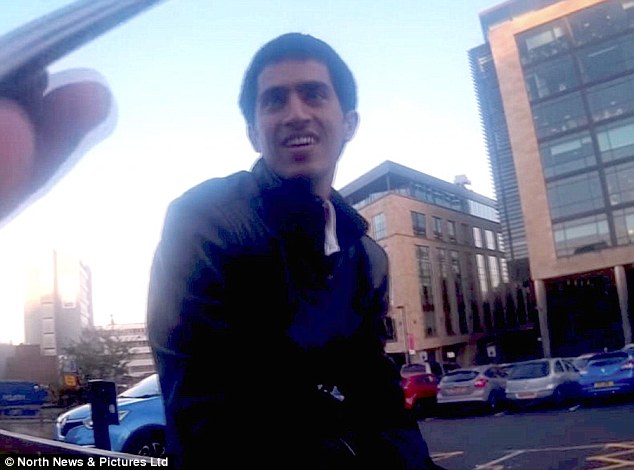 2. The Telegraph: French journalist assaulted by pro-Israel vigilantes in Paris

A leading French journalist has been assaulted by pro-Israel vigilantes as a mob tried to storm the offices of the country’s national news agency in Paris.

David Perrotin, who currently writes for the news site BuzzFeed, was placed under protection after being attacked by around 12 masked men brandishing batons on Thursday night.

All were linked to the Jewish Defence League (JDL), a notoriously violent group that was protesting against Agence France Presse’s (AFP) coverage of the Israel-Palestinian conflict.

(Some pretty biased writing above there)

3. Muslim men having ’20 children each’ because of polygomy, peer claims

Muslim men in some communities are having up to 20 children each because of polygomy and the rise of “religiously sanctioned gender discrimination” under Sharia Law, peers have warned.

Baroness Cox, a cross-bench peer, highlighted a series of “shocking” examples of the impact of Sharia law on Muslim women in Britain as she called for them to be given greater protection under equality legislation.

4. UMIs complaining of hardship as they cross Slovenia towards Austria on their invasion and conquest

5. Hillary Clinton’s sociopathic response to the consequences of her actions which now appear to be the killing of several members of her own staff merely to preserve the illusion that her policy was working, when everyone inside knew it was not, is almost admirable in that cold blooded way. 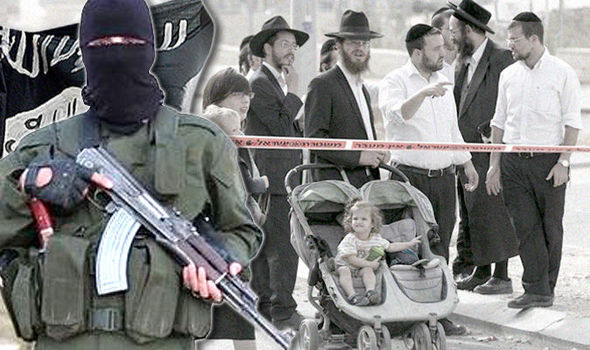 Sick militants have released a horrifying video warning that “there will not be a single Jew left in Jerusalem and throughout the country”.

Dressed in army fatigues and wearing a balaclava, a terror fighter horrifyingly said ISIS would “move to eradicate the disease… worldwide”.

He adds: “Soon there will not be one Jew left in Jerusalem.”

The sickening footage comes after this month’s wave of Palestinian attacks against Israeli Jews and deadly clashes with Israeli security forces.

7. Another horrific, soul destroying story of a muslim child rapist

(Spare yourselves and just chalk up knowing another one, worse than the previous one is documented)

The fanatical jihadis are sending teams of trained killers into camps disguised as refugees to kidnap and kill vulnerable Christians.

But refugees are terrified to report many of the killings in case they are targeted next, according to aid workers.

The horrifying tactic emerged after one terrorist got cold feet and renounced jihad after witnessing Christians helping out other refugees within the camp.

(This paper seems to run a little lose with things but the story is more than plausible. Its likely)

9. End of ISIS near? Caliphate so depleted it is recruiting disabled CHILDREN to killing army

(Obama and Trudeau both seem to believe you cannot defeat the Islamic State with bombs. Well the answer of course is that its certainly true if the bombs stay in the hangers safely away from the target with no will or orders to use them. Bombs dont ever defeat an enemy merely by existing somewhere this is true. Dropping them on the enemy though, that usually gets results. Russia tried the alternate strategy and seem to feel its working on the basis that its clearly working) 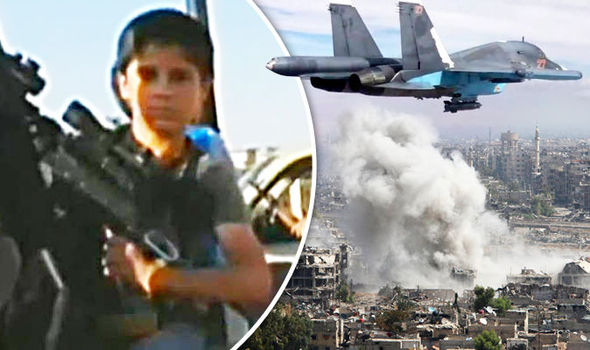 The crazed jihadis are now sending children as young as SIX to the frontline as they reel from huge losses inflicted by Russian airstrikes and mass desertion.

ISIS commanders are scraping the bottom of the barrel as panic sets in, with more and more adult fighters abandoning the terrorist group. […]

The group’s use of child soldiers is a growing sign of desperation which has been repeated throughout history by doomed regimes.

Child soldiers were most famously used by the Nazis in the dying days of the Third Reich, when boys as young as 12 were called up to defend Berlin from the Russians.

The Japanese also used children as tools of war in the weeks before the bombings of Hiroshima and Nagasaki, with young boys being sent into the skies as Kamikaze pilots against the Americans.

Thank you Richard, Wrath of Khan, M., CB Sashenka, GS., and many many more.

I have a lot to say about many of these events, some of which have not had the proper exposure at all. For example the German hotel issue. It seems the slant is 100% on the wrong issue. Sometimes I wonder if they do that so if people get angry there is a fast and easy defense since they are upset about the wrong thing.

The fact is I can’t blame a hotel owner who is told that his booking problems are over, he can dispose of 95% of the people he has to deal with, his income is now guaranteed and he no longer needs an advertising budget, He can effectively fire all his staff, retire and draw a fat salary. The problem is that he colluded with the government to destroy all these businesses that were part of the hotel complex in a way calculated to make sure they had no say in it, and no time would be available to alert the press to it, and there would be no recourse to law or public opinion. This is the issue and it was not played up anywhere. And isn’t it interesting that unions suddenly aren’t interested in protecting jobs at all. Why are unions not flipping out about that? Have unions become so politicized that they work against worker’s issues now for cultural Marxism uber alles? I hope a discussion gets going on this everywhere. There is something really and truly sinister underneath this story. Its about a lot more than a hundred jobs, a few businesses and an UMI center.

There are also rumors floating around about some policy changes that will take place in Canada as a result of the election which just took place, and about which I have not written anything, much to the annoyance of many by the way. I have a reason I haven’t written about it yet. But mostly, because i just haven’t had the time to write what I want to yet.

If the rumors floating my way are true however, and we should know within 72 hours, then we may have a basis for a hypothesis which is worrying. Not surprising perhaps, but more solidly founded than what we have seen so far,

39 Replies to “More of the usual behaviour of the followers of Mohamed and its allied leftist partners. Links 1 on Oct. 24 – 2015”